At the beginning of this new year, I asked to receive a new affirmation that would be powerful for everyone, no matter what is going on and in all situations, so that we can move forward throughout this year, strongly and confidently. The affirmation I was given is that and so very much more. It is in two parts with the second part being changeable depending on the situation you’re dealing with. Here is the main affirmation that will help you in all ways and with all things:

“I release the fear, and allow my life to flow”

Now I’d like to talk about the first part of this power statement. Unless you’ve really been working on yourself and have done this type of releasing already, you are currently dealing with fear on some level. It almost can’t be helped. It is part of our nature as an animal on this planet that we have this program deep within our psyche. Our animal brains were given the ability to tell when something was going to endanger us, either directly by way of a physical threat, or indirectly by way of depleting our food sources. All animals have the same reaction to these situations. Fight or flight. If the predator is of a size that we believe we can overcome, then we fight. If the predator is too big or too numerous to fight, then we flee the area and try to get away as fast as possible.

This is what all fear is about, and why the first part of the affirmation says “the fear”. It is that signal inside us that says either we’re dying, or are about to die, unless we fight or run. Despite the human race evolving on many levels, that program has not yet left us. We still feel it almost every day. We call it different names now, such as anger, depression, jealousy, etc. All of the emotions we term as “negative” have their basis in that fear. Of course the main difference now is that, for the most part, we are not under that same type of mortal threat. Unless we deliberately put ourselves into actual physically dangerous situations, we are not about to die. But tell that to our animal brain when the boss, or our spouse, or some idiot on the street starts yelling at us, or the bills pile up, or the car breaks down. We immediately go into the fear.

Because this is an almost automatic response, we hardly pay any real attention to it on a conscious level. We don’t stop ourselves in the moment that the fear comes up and ask ourselves, “Are we really in danger? Is my life being threatened in this moment?” and because we don’t ask that, it becomes a pattern of allowing ourselves to go into the fear any time we feel a threat on any level. That fear is what keeps us under stress. The stress is what creates the diseases that we end up having, because our bodies can’t handle that energy. Letting go of the fear removes the stress, which then allows our bodies to normalize and become healthy.

By saying even just the first part of the affirmation, “I release the fear”, you are beginning the process of becoming aware of what you are doing to yourself, and taking the steps to change it. The more you allow yourself to be aware of how your thinking and your emotional reaction is changing your energy, the more you’ll use tools like this to let go of what doesn’t work for you. Let’s move on now to the second part of the affirmation.

This is the part that can be changed to suit any situation. You can, of course, just use the main one without changing it, and still get great effect from it, or you can allow yourself to come up with appropriate words for the second part to fit whatever is going on in your life in this moment. As an example, say you are not feeling very loving with yourself and others. Simply change it to say “I release the fear, and allow my love to flow”. This is one of the beautiful things about receiving this kind of information. It is literally infinite. I highly suggest that you use my Grounding and Centering technique while using this affirmation. Simply see the fear moving down your grounding cord and into the center of the earth as you release it. This will aid you greatly in letting that energy go, and feeling better right away.

Here are some more examples that you can use to change any aspect of your life quickly, cleanly and easily:

May this affirmation help you to release the fear and allow your life to flow with ease, beauty and strength. =) 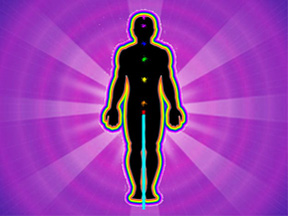 Hello my friends. I am very excited and extremely grateful to tell you all that I have completed my Conscious Energy Meditation guidebook, and that it is now available to everyone. I started creating this guidebook a while back as I have been asked many, many times to write down the meditation process I use, and the metaphysical techniques that I incorporate into my daily life. Mostly, this request has come from my Conscious Energy Healing clients, because through our healing sessions together, they’ve wanted to know what they could do on a daily basis to keep their energy flowing in the best way possible. I have told them how to do this particular meditation, and almost all of them said, “You should write a book on this.”

So, I did. In this guidebook, I’ve put together some of the very best self help and metaphysical techniques that are out there today, and I show you, in a very easy to understand way, how to incorporate the main meditation with each of these processes, so that you can get even more out of each one. That is one of the beautiful things about using the Conscious Energy Meditation – it enhances all other processes. Every technique that I’ve used along with the meditation has been better and more successful because I was coming from a clean, clear and powerful energy space.

Once you start using this meditation, you’ll be truly amazed at how much positive energy you’ll have at your command. The clarity and focus that you’ll experience is simply amazing. Your level of awareness; of yourself, your surroundings, and everything about your life, will increase dramatically. Through this meditation, you’ll begin to allow yourself to have more insight and fulfillment than ever before. It truly is that profound. This is one of the main things that I’ve learned over the years that I am continuously and supremely grateful for. It has radically changed my life for the better, and I know it will do the same for you.

For more information and to get your own copy, click this link here: Conscious Energy Meditation

Bright Blessings and deep gratitude to you all. =)

P.S. I’ve added 3 powerful bonuses along with the guidebook, that will help you immeasurably. Be sure to check it out.